This June, four young journalists — three college students and a recent graduate — set up camp in Valentine, Neb. to find and report stories that weren’t being told by the two big newspapers in the state.

The project is Fly Over Me, which exists now on a WordPress-powered website, and there are plans for some e-magazines and a short documentary. The site feature photo essays, videos and in-depth feature stories about all aspects of community life around four themes: ranching, the Rosebud Indian Reservation, tourism and community.

How they got there, and what they’ve learned, is a story in itself.

Late last year, Jacob Zlomke approached Andrew Dickinson, a fellow student at the University of Nebraska-Lincoln, with an idea.

“I wanted to do sort of a portrait of a community, just nice photographs of the people who make up this town, and then stories about these people,” Zlomke said. “He came back after winter break this last year, where he’d been thinking about my idea and he had expanded it huge into this project that we have now.”

Being “embedded” in a community was a crucial aspect of the storytelling, Zlomke said.

“The way Andrew always puts it is that, the two big papers in Nebraska are the Omaha World Herald and the Lincoln Journal Star, and when they report on Western Nebraska, small-town Nebraska, they’ll send one reporter out for a day, interview a couple of people and leave, just for whatever little story is happening at the time. And that doesn’t really do enough to develop a connection between the people of Omaha, for instance, and the people of Valentine, for instance.”

Zlomke and Dickinson then recruited Nick Teets, another UN-L student, and Lauren Justice, a graduate of the University of Cincinnati with degrees in photojournalism and sociology. Dickinson had been wanting to start a Kickstarter campaign for a while, so this project was a natural fit.

“We definitely knew that we didn’t want to travel to a place a few times over the summer and see what we could find. We wanted to embed ourselves somewhere, so finances was one of the very first concerns,” Zlomke said. “It made a lot of sense to go for (a Kickstarter project). We came out here the first weekend in March, and that’s where we got all the content for our Kickstarter promotional video.”

The group raised their minimum goal of $3,000 within four days, and had their project goal of $5,000 by the end of their 30 day fundraising period. Funds came from friends, family, professionals who were interested and, to Zlomke’s surprise, members of the Valentine community.

Arriving in Valentine in mid-June, Zlomke expected the group to begin producing content immediately, but that proved difficult.

I think that we expected that we were going to pick up steam on our stories a lot quicker than we did,” he said. “We knew a few people out here when we moved, but we didn’t know enough people … to get the ball rolling. That was really challenging and kind of frustrating to me at least.”

That doesn’t mean the community hasn’t welcomed the team.

When they first arrived in town, a local restaurant — The Pepper Mill, the first thing you see coming into town from Lincoln — had “Welcome Fly Over Me” splashed across its marquee.

“And that’s been the attitude here ever since. People have heard of us, people call us to give us story ideas, they’re always really happy about what we’re doing, they always give us encouragement.”

Working independently has been a challenge as well.

“For the most part, this has been the first time any of us has done anything like this, which is the really exciting part for us, but that’s also been a challenge because it’s sort of learning as we go,” Zlomke said. “We’re our own bosses. We’re out here independently, we decided to do this, it’s not getting published by anyone except for ourselves right now. It’s kind of a challenge to not have anyone to go to with questions.”

Zlomke has a friend with editing experience, Chance Solem-Pfeifer, look over his stories for publication. Photo and video editing is a team effort. Dickinson and Justice do the shooting and editing, and then the team decides what works and what needs to be added or taken out. “It’s sort of leaderless,” Zlomke said.

Zlomke grew up about two hours from Valentine in another small town, and the project has a particular appeal for him.

“I think that what we’re doing out here is really important, because small town culture, rural culture, agriculture is a huge part of what makes up the United States of America, and it’s not something that people that are on the outside of it have a very good understanding of,” Zlomke said.

In mid-August, the team will pack up and leave Valentine. Teets and Dickinson return to finish college, Justice will likely be returning to Lincoln, and Zlomke will return to his current job at an ice cream parlor. They will be returning to Valentine on weekends, and work on finishing up the short documentary video and assorted other products related to the project. Zlomke said he plans on doing other such projects in the future.

He had some words of advice for others who might be considering similar efforts.

“My best advice would just be to do it. You’re always going to be worried about it. For me, a big struggle was moving it from planning stages into action stages. It would have been really easy for me to get caught up in the planning and planning and thinking about it all the time, and there’s never going to be anyone to make you do it,” he said.

“It’s not a job that you apply for, it’s not an editor giving you an assignment. It’s something that you want to do. It’s a risk you take for sure, but payoffs come from risks.”

For more background, see this story in the NPPA Visual Student: The Story Behind “Fly Over Me”.

Send tips, story ideas and other information to the blog editor at scmurley -at - gmail.com (replace -at- with the @ symbol) 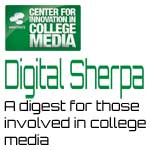